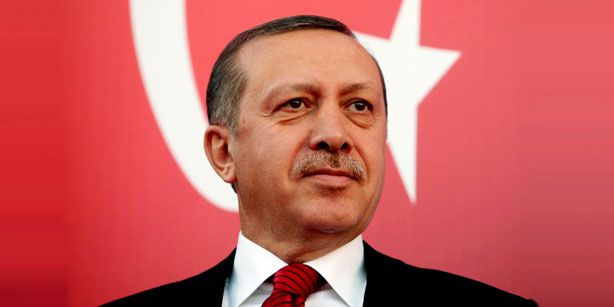 From all indications,
Turkey seems marooned at a dark crossroads today. A failed coup last Friday has  not only exposed the rump
of military generals but also the darker side of a democracy entrusted to an
intolerant hawk, Tayyip Recep Erdogan.
Since triumphing over the putschists Saturday, the Turkish president has been
acting in a manner that gives a new poignancy to the fascism German playwright
tried to describe sarcastically several decades ago. Once a state loses
confidence in the people, proposes the bard, it should then not hesitate to
dissolve the citizenry.
At the last count, no fewer than a record 50,000 persons have been summarily
rounded up in a country of less than 80 million people.
Addressing his nation Wednesday, President Erdogan did not sound in the
conciliatory tone of someone intent on fixing the fissures the coup has
inadvertently brought to light. In declaring a three-month emergency rule, he
preferred the gloating words of a conqueror determined to in fact escalate the
witch-hunt against the remaining opposition, real or imagined. For effects, he
left no one in doubt that he is desirous of resurrecting the death penalty
earlier abrogated in 2004 as part of a pre-condition for Turkey to be admitted
into the European Union.

Signs that all is still not well in Turkey despite the coup’s crash on Saturday
were evident Tuesday. Even as officials were still counting the cost of the
Friday/Saturday mayhem, a car bomb exploded in central Istanbul, killing 11
people instantly with many more badly injured. The following day, there was
another lethal bombing in Mardin province. Predictably, the authorities quickly
point a finger at an opposition party, PKK.

And there precisely lies the peril to liberty in Turkey today and a clarion
call on the rest of the world not to look away. Given the peculiar evolution of
Turkey as a nation in which the military is more or less cast as the Praetorian
Guard, there is no denying that the country truly needs a muscular president to
scare adventurous generals away. But that sort of strength is not just about
the weight of the biceps but more of the generosity of spirit. That is, the
will to still accommodate, to tolerate those unwilling to view life through your
own lens. A critical virtue obviously in deficit today. And what makes the
prospects even more unthinkable is Erdogan’s bringing religion into an already
toxic mix.
Though Turkey is 99 percent Muslim (of the Sunni affiliation), her founding
fathers were however generous enough to conceive a secular state with a view to
removing any possible sectarian threat to her continued harmony and balance.
But with his ascendancy in the last fifteen years, Erdogan has nudged his
Justice and Development Party (AKP) to drag the nation more towards Islamist
extremism. To further seduce the mullahs, he once described the EU as “a
Christian club.” To the discomfort of moderate elements who would wish
Turkey’s original architecture of secularism be preserved.

At the boom of artillery fire last Friday in Turkey’s two key cities of Ankara
and Istanbul, the initial interpretation was that a coup was underway. Happily,
people’s power prevailed so dramatically that military’s otherwise awesome
might was made to look so feeble. Though at a huge human toll: no fewer than
250 were killed and thousands suffering varying degrees of harm in a grim
encounter that dragged from Friday dusk till Saturday morning.
In one instance, we saw footage of a brave Turkish youth jumping on an armoured
tank and punching the soldier on duty. In yet another was an epic reversal of
role: a civilian was shown whipping the back of a group of subdued soldiers
lying face down on the highway.
But if as much as 50,000 could be linked to that coup as Erdogan’s action so
far has suggested, then we honestly can no longer call that a putsch. What
actually confronts Turkey today ought to be seen properly as an uprising, or
what the Arabs call “intifada”. It is only a manifestation of deep
fracture in the Turkey’s democracy as presently constituted. To pretend
otherwise is to live in denial.
Previously, allegations of coup plot were often parlayed to witch-hunt of
Erdogan’s perceived opponents within and outside the military. But the current
episode, apparently on account of its actuality, has broken past records.
Already, a hundred of generals and admirals have been charged. Thousands of
rank and file soldiers, said to have been tricked to the streets with the lie
of “routine parade” by their superiors, would be made to face a
scrutiny that potentially carries a death penalty.
The growing casualty list also includes 1,577 university deans ordered to
resign beside 21,000 teachers and 15,000 education ministry officials. Just as
vocal journalists and independent media houses are being hunted down. Paranoid
still, Erdogan has barred access to the WikiLeads website in continuation of
his old tactic of crude censorship of the social media and manic obsession to
control people’s minds. (Ironically, when guns started booming last Friday, it
was the same social media Erdogan resorted to while in hiding to incite
supporters to troop to the streets and confront the coupists.)
By the time the purge is over, one then wonders how many people would be left
in Turkey for Erdogan to rule over. It is for these reasons that those who have
Erdogan’s ears like the United States (which leads the NATO to which Turkey
belongs) must impress it on him that he cannot continue like this.
It is reassuring that the US has so far not succumbed to Erdogan’s blackmail
that his arch political opponent and American-based cleric, Fethullah Gulen, be
extradited to Ankara to face trial over alleged involvement in the failed coup
plot. Rather, Washington is insisting on strong proof of complicity before
entertaining such request.
In retrospect, the Turkish president has proved to be too intolerant and would
not mind burying an entire town led by the illusion of tranquility, even if it
is that of the graveyard. Memories of the Cizre massacre are still fresh. In the
city of Cizre, hundreds of young people were burned to death in basements in
what readily recalled the ghost of Hitler’s gas chamber against the Jews
decades ago. So much that even the United Nation has called on the Turkish
government to establish an independent commission of inquiry to investigate the
killings.
Through intimidation, Erdogan has stampeded the congress to pass obnoxious laws
granting him sweeping powers to hunt down opposition elements, particularly
those with sympathy for the long-suffering Kurds. Earlier, he fired the
moderate AKP prime minister, Ahmet Davutoglu, who was critical of the proposed
constitutional changes.
But the budding fascist in Ankara needs to be made to understand that the peace
of the graveyard is not sustainable. At best, he would have only succeeded in
delaying a civil war. 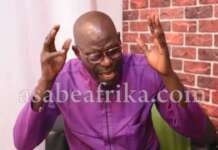