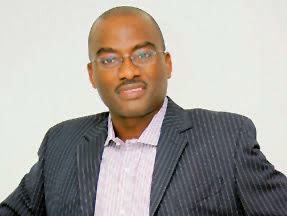 Famous
On-air-personality and TV Great Otunba
Dayo Adeneye has finally opened up on the outcome of the Ogun state APC
Primary elections of Tuesday December 2nd which saw him stepping down for party
elder’s wishes at the last minute.

The very humble and dynamic Television guru
who came out of the party primaries with a smiling face has since taken the
experience as one of the lessons of life to be documented in a later date
memoir.

D-One
who was the candidate to beat with massive support on his side from youths and
traditional leaders in Odogbolu constituency of Ogun state, South West Nigeria
was asked to step down for another candidate and without putting up any form of
resistance; he obeyed and abide with the party elder’s wishes.
However,
the special Grammy Visitor has issued a press release to that effect and this
blog laid a hand on the release which is stated below for reading. Find out D-One’s new decision and how he has
taken the case of his political experience in Odogbolu. Enjoy.
“Against the backdrop of stories flying around in some quarters about
the APC primaries held in Ogun State on Tuesday December 2, I hereby state that:
¨
I remain a loyal party man and respecter of the highest
principles of my great party, APC.
¨
That the party is bigger than individual interest but rather
greater through our collective interest.
¨
That my interest in the party remain strong with the biggest
ambition to ensure that my Governor, Senator
Ibikunle Amosun (FCA, MON) returns as the Governor of Ogun state come 2015
and:
¨
My party, APC wins the presidential election comes February
14, 2015.
At this point, I want to acknowledge the supports of every
one, family, friends, well wishers and mentors who supported us with their time
and efforts during the campaign period. I want to assure all of you that I will
continue to promote and exhibit the qualities, principles and doctrine of our
great party, All Progressive Congress which seeks to CHANGE the game of
leadership for the benefit of all Nigerians in 2015.
Finally, my thanks to all Nigerians and my fans all over the
world for the tremendous support they have given and continue to give me. I
assure you here with the words of Philosopher King, Vince Lombardi that “I firmly believe that any man’s finest
hour—his greatest fulfillment to all he holds dear—is that moment when he has
worked his heart out in a good cause and lies exhausted on the field of
battle—victorious”
I have fought this cause which I hold dear for my great
party, APC and right now, I lie on
the field of battle victorious and willing to win more battles for my party at
the state and federal level come 2015.
Thank you all for your continued support and great
understanding.
Otunba Dayo  Adeneye
(D1)

Why I established AfricanHub—Oluneye Oluwole + Her fears over poor reading...