The Pension
Director General, Nellie Mayshak
(Name sounds like Shark fish) was placed on an indefinite suspension by the new
Nigerian Minister of Finance, Kemi Adeosun early in the week. Her offence,
she was accused of an alleged multi-billion naira fraud.
Mayshak (Shark Fish?) was on a monthly
salary of N60 million. The recent introduction of biometric registration by
banks allegedly exposed her shady deals in the pension directorate and this led
to her indefinite suspension by the government.
Nellie is the DG of the Pension Transitional Arrangement
Directorate (PTAD) and the revelation of her dirty actions has sent many
Nigerians wondering how deadly corruption operated on two legs and four hands
under the unfortunate regime of Goodluck
Ebele Jonathan.
According to
news report in various online medium, the details of her alleged fraud are
presently under investigation and more facts could be revealed in few days
time. Nellie Mayshak’s undoing is
the introduction of the recently introduced biometric registration by banks
under President Muhammad Buhari’s anti-corruption
regime.
With the
investigations currently on going, Mayshak
has been placed on indefinite suspension at it was alleged that she was on a
monthly salary of N60 million Naira thought to be the highest
for any government official in present day Nigeria.
The body she ran…
PTAD was
established in August 2013 under the Pension Reform Act (PRA) of 2004 to
oversee the management of pensions under the definite scheme for pensioners not
transiting to the defined contributory scheme.
What you don’t know about Nelly
Mayshak
Nellie Mayshak is the pioneer DG of the Pension Transitional Arrangement Directorate (PTAD) which was
established in August 2013 in compliance with the Pension Reform Act of 2004,
as an independent pension agency for the Public Service of the Federation. PTAD
oversees the management of pension under the Defined Benefit Scheme for
pensioners not transiting to the defined contributory scheme.
Prior to her
appointment as DG, Nellie was the
National Program Manager for the Federal Public Administration Reform
Programme, a UK Government/Federal Government of Nigeria collaboration to
reform the Public Service of Nigeria. The FEPAR programme worked with leaders
of core system central to FGN institution to improve core systems and processes
for policy, budget and civil service management.
Nellie is an International Development
expert with over 25 years experience in public sector management, both in Canada
where she schooled and internationally. Nellie’s
particular expertise is in institutional strengthening of government structures
and processes and building capacity for effective public policy management,
reform management and coordination. Nellie
has been involved in international development projects in Easter Europe, China and
many African countries, including Angola,
Cameroon, Ghana, Kenya, Liberia,
South Africa and Sudan.
Few highlights of her hits…
¨     Nellie led the
reconstruction of the Civil Service of Liberia,
a post independence conflict country with a collapsed public service. She
worked with senior government officials to develop the first ever Civil Service
Reform Strategy that is being implemented in the country. In Liberia, Nellie had the privilege of being of service to the first elected
Female President in Africa, Madam Ellen
Johnson Sirleaf. Hosting Her Excellency in workshops and briefing sessions
with Her Excellency are personal and professional high points.
¨     Another professional highlight is Nellie’s exploits in Ghana. Nellie had a long running institutional development project in the
office of the President of the Republic of Ghana to improve the operational
processes for cabinet decision making and policy management capacity of senior
government officials.
¨     Nellie has
advised the Kenya Prime Minister’s
office, and the Ugandan Cabinet
office.
¨     Of notable reference is Nellie’s experience from her work in
reforming the Public administration of Lithuania into European Union.
Prior to her
consulting practice, Nellie worked
in senior management positions in the Ontario (Canada) Public Service
where she gained extensive practical experience while performing in high
profile positions as a Senior Policy Advisor to the Cabinet Office, Policy
Advisor to the Solicitor General and Minister of Correctional Services;
Director of Research for a Justice Commission, among others.
For a number
of years, Nellie also served as the
Deputy Director for International Programs at the Institute of Public Administration of Canada, IPAC.
Nellie holds a B.A. from University
of Ife, M.A. in Sociology from the University of British Columbia, Canada.
She also completed all but the dissertation requirements towards a Doctorate in
Sociology from the University Of Toronto, Canada. 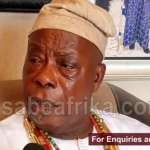 ICCON Recognizes PZ Cussons for Supporting the Learning of Chemistry in...