At the same time
as not fiddling too much (see Rule 53 of yesterday), so too you
shouldn’t play the short game. You have to think long term, both in your
planning, and in your expectations of a return. You also have to invest for the
longer term. If you expect a rapid and sudden catapult into prosperity then go
play the lottery and good luck to you (you’ll need it). Gaining wealth is a
slow process and rightly so. If you get it all quickly you have no time to
acquire experience and sense. Too quickly and it’ll be all ‘spend, spend,
spend’.

Thinking long
term is a bit like thinking in very fast motion while the rest of the world
moves incredibly slowly around you. Softly,
softly catchee monkey as they say. Ever tried to swat a fly? A
fly’s eyes are different from ours and they basically see in fast forward. By
the time you raise your hand; they have already predicted the movement and
flown away. You have to develop the same ability. You have to see what’s happening
before it happens and the only way to do that is to think long term.

“Gaining wealth is a slow process and rightly so. If
you get it all quickly you have no time to acquire experience and sense. Too
quickly and it’ll be all ‘spend, spend, spend”

Think of gaining
prosperity as stalking a reluctant tiger. It’ll be wary and cautious and you
have to stalk it skillfully, quietly, almost lovingly. It’s no use running up
and shouting at it – it will either turn round and kill you or run off. Better
to take your time and creep up slowly and quietly. Any sudden movements will
startle the canny beast.
In The Rules
of Work 1 talked about having various plans in force – short-term,
medium-term and long-term. The same is true for investments. You need
short-term investments for money you might need access to in the near future;
medium-term ones that you expect to deliver returns in five or ten years say;
and then you need long-term investments that will reap greater rewards but that
deliver in the more distant future.
I know in Rule 34 I said to be decisive and act
quickly, and that is still true. But only after you have taken a long-term
view; only after you have weighed and considered and pondered and evaluated. The
samurai only makes one cut but that cut was an entire lifetime in the
making.
Where are you
going to be in five years’ time, prosperity-wise? Ten? Fifteen? Twenty? Longer?

From The Book; The Rules of Wealth by
Richard Templar
(Read Rule
55 of Rule of Wealth tomorrow on Asabeafrika)

How my mother died due to doctors’ negligence — Tessy Yembra’s daughter, Dolapo

June 3, 2020
On Wednesday, 27th of May year 2020, famous Nigerian entertainer and dancer of the 9os, Lady Tessy-Alero Yembra passed away after an illness related...

How I became a Musician at Age 6 — Aye Quality Crooner, Xabitee 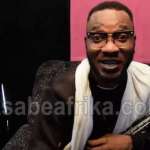 May 28, 2020
Recently, we met a Nigerian born multi-talented artiste, OLUWABUKOLA IGE-TAIWO aka XABITEE inside a Lagos Studio where he is presently missing a new album.The...

How my mother died due to doctors’ negligence — Tessy Yembra’s...

Rule 96: Keep your ear to the ground

RULE 92: You Really, Really Can’t Take It With You