The
usually quiet Eko Hotel & Suites, Lagos, wore a vibrant and glamorous look
this past weekend when it played host to the grand finale of what is arguably
the most anticipated dance reality TV shows in Africa, the Maltina Dance All
Season 8. The grand finale which was the culmination of weeks of suspense, drama and
excitement saw the Utere family from Port-Harcourt,
Rivers State crowned winners of the 2014 edition of the show. The Utere’s
went home with the star prize of a whopping N10 million after securing the
largest number of votes in the keenly contested competition.
The show
which is reputed for promoting family values, bonding and happiness is
sponsored by Maltina; a premium malt drink from the stable of Nigerian
Breweries Plc. Apart from the grand prize of N10 million, the Utere family also
earned the title of Nigeria’s number one dance family while the Uzodinma family
who claimed second position went home with N3m. The Odigie family who came
third were rewarded with N1m.
It would be
recalled that 10 families were initially admitted into the famed Maltina dance
academy after which they were subsequently whittled down to the four families –
Utere, Uzodinma, Odigie and Unanka – that took part in the grand finale.
As
anticipated, the show which was beamed live across select TV stations was
filled with excitement. The four families that made it to the grand finale
competed in two dance styles – Rhythm of Naija and Hip-hop.
The families
first competed in the “Rhythm of Naija” dance style. The Utere family, who were
first on stage, set the tone for an awesome night with a dazzling performance
to Shake Bodi by Skales much to the delight of the audience. The Unanka
family who were next also impressed with their performance to Mavin’s Dorobucci
hit song. Their performance was followed by that of the Uzodima family who
danced to Lil Kesh’s Shoki and Odigie family who performed last, danced
to Ukwu by Timaya.
﻿
﻿
The next
dance style performed by the families was the hip-hop style. The order of
performance saw the Uzodinma family perform first while Utere, Unanka and
Odigie followed suit respectively.
At the end
of the entertaining displays showcased by the families, tension in the hall was
palpable as the final votes were awaited. After the voting process ended and
the results certified authentic, Utere family was announced winner as voted by
Nigerians while the Uzodima and Odigie families came second and third
respectively.
Speaking at
the event, Senior Brand Manager, Maltina, Mr. Adewole Adedeji, stated that the
Maltina Dance All platform has been very effective in audience engagement. He
said “the MDA platform has been sustained over the past 8 years because we are
a consumer-centric organisation. We will continue to invest in the things that
create positive experiences for consumers to connect with each other and also
with our brand. The reason why we have sustained it this far is majorly because
it connects with consumers”. He also described this year’s MDA as the best ever
and revealed that next year’s edition would be more exciting.
﻿
﻿
Wilfred
Utere, the family representative of Utere family, who was visibly filled with
joy, expressed his excitement for winning this year’s MDA competition. He said,
“My family and I are short of words to describe how we feel now. It is so overwhelming
to be crowned winners tonight. We have really worked hard to be here today. I
want to thank all those who have supported us all the way. I want to also thank
Maltina for giving us a platform to showcase our talents and to also be
rewarded with this huge amount of money.” On what the family plans to do with
the N10 million, Wilfred stated that amongst other things, he would open a
dance studio as well as further his education abroad.
As Nigerians
wait for what next the brand has up its sleeve, they will not forget in a hurry
the fun and excitement that was the hallmark of the 2014 edition of the MDA
tagged “Rhythm of Happiness.” 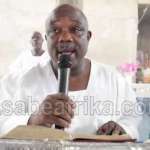 ADVERTORIAL! Your food, the most effective medicine for your disease