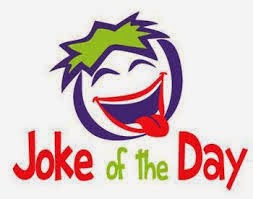 A minister
of God told his congregation at the end of the Sunday sermon that his following
week sermon will deal wit the sin of lying.  He went further to instruct the members of the
congregation to read chapter 17 of the Gospel of St. Mark to enable them grasp a better understanding of the planned
message.
The
following Sunday, after mounting the pulpit to deliver his sermon, the minister
requested those members of the congregation who had read Mark Chapter 17 as he had directed to
indicate by show of hands. Instantly, every hand went up!
The minister
smiled and said “The book of Mark has
only sixteen chapters. I will now proceed with my sermon on the sin of lying”
(Culled from the book First
Hundred Jokes of Our Time by Olaleye
Falore)

Why many glorious Children have bad mothers = Dr. Aladekoye

What will happen to people who cursed me over Baba Ijesha...

A Choreography of thoughts and melody for General Sam Momah @...