With the inauguration of the Ken Nnamani committee on
Tuesday, the Buhari administration is following closely the footsteps of his
predecessors in what seems to have become a perennial national racket. But
coming soon after the president had openly dismissed the report of the 2014
National Conference as only fit for the archives, this sudden U-turn is bound
to arouse suspicion.
Increasingly censured for being too obsessed with
the anti-corruption advocacy as if it were the sole purpose of governance at
the expense of other equally critical pillars of nation-building, President
Buhari is perhaps learning fast how to keep sections of the political class
busy in the times ahead and also give the people something to distract them
from too much talk about recession.
Buhari’s offering comes even as the legislative
branch of government has continued to splurge tax-payers’ money on its
never-ending “constitution amendment” exercise.
In the terms of reference read by the federal
Attorney General and Minister of Justice, Mr. Abubakar Malami, the 24-man panel
is expected to “Review Electoral environment, laws and experiences from
recent elections conducted in Nigeria and make recommendations to strengthen
and achieve the conduct of free and fair elections in Nigeria.”


It was further challenged to “take a holistic
look at the recommendations of Justice Muhammadu Uwais Electoral Reform
Committee.”
On that note, it is perhaps safe to infer that the
body will also dust up the report of the 2004 confab set up by the Obasanjo
administration as well as that of 2014 inaugurated by the Jonathan
administration.

For now, we can only hope President Buhari does
not, as usual, succumb to the temptation of raising yet another panel to
receive and further review whatever the Nnamani panel recommends before taking
his time to shop for legal draught-men to draft an executive bill before being
tabled before the National Assembly for consideration.
As the panel makes hay ahead of the 10-week
deadline to submit its  report, it surely
will soon find that nothing is new really. More like putting old wine in a new
skin to con unsuspecting onlookers into a false sense of change. To start with,
the same Nnamani now in the pilot’s seat played a role in the 2014 conference
and, in fact, headed its committee pertaining to electoral reforms. So, in
every material particular, it remains to be seen what
“transformation” he underwent in the past two years to radically
change his views about Nigeria.

Truth be told, the issue with the nation is not so
much about the surfeit or paucity of laws, but the lack of will to uphold the
letter and spirit of what already exists. We often look to the United States,
the acclaimed bastion of liberal democracy, for inspiration to grow our own.
But we are unwilling to cherish their values nor keep their rules. There are
precisely 4543 words in the original US constitution, while The Declaration has
1458 words. Ours is a verbose volume replete with inconsistencies, worsened by
the pervasive culture of impunity in its operation.

If any lesson is to be learnt from the great
democracies elsewhere, it is the fact that the constitution is made a living
organism. It grows, expands and adapts to the realities of the day. Whatever
major amendment the US Constitution of over two centuries has recorded only
resulted mainly from the re-engineering of America’s Supreme Court in form of
landmark pronouncements against perceived inadequacies of the existing
provisions or in response to new realities.
In fact, experience has shown that the more laws a
nation makes, the more lawless it tends to become. For instance, sections of
the subsisting Electoral Act expressly state conditions that conduce internal
democracy within political parties. Nowhere will any provision be found to
support the sheer banditry that unfolded in the primaries conducted by All
Progressives Congress in Ondo State last month.
Following widespread protests by contestants, the
party’s internal conflict resolution mechanism was activated. Eventually, the
review committee reportedly recommended that a new exercise be conducted in the
spirit of fairness and justice. To be sure, the matter was put to another round
of voting in the boardroom, with a simple majority also rooting for justice.
But as the story went, it eventually pleased the National Chairman of the party
to unilaterally vetoed the majority and so casually torpedoed democracy.
So, the puzzle is how a party that professes
change and is indeed seeking to rally the nation at large into a new life of
constitutional chastity is able to live with this sort of brazen travesty at
home and pretend all is well outside.
Overall, Nnamani and his team will not have to
reinvent the wheel. To invert the popular saying of Karl Marx, philosophers and
political scientists have already diagnosed what ails our nation; what remains
is to summon the will to administer the prescriptions. The 2005 confab had
furnished the nation with over 100 recommendations, some of which substantially
address aspects of the now vexed National Question like the devolution of power
between the centre and the federating units and a more equitable
revenue-sharing formula. The only offensive part was the tenure elongation
clause smuggled in by deluded Obasanjo then seeking to make himself life
president.
Unfortunately, all the other fine points were
“killed” and “buried” with Obasanjo’s Third Term Agenda in
May 2006. Some of them found their way into the report of the 2014 confab. The
Nnamani committee is well advised to exhume both documents and see what could
be salvaged.
On electoral reforms, one of its priorities should
be helping to formulate a constitutional basis for the adoption of the
innovative card-reader to become part of our electoral culture, thereby
quashing noxious precedent set not too long ago by the court which had
curiously entered a judgement invalidating its use. Other than that, the panel
will find that it has little or nothing to add to the recommendations of the
Uwais panel. In its own 319-page report, the Uwais committee had already
furnished us with enriching ideas which the Jonathan administration typically
chose to implement skeletally.
Broadly, what the Uwais roadmap outlines is no
more than changing the rule to generally make INEC truly more independent,
efficient and effective. Aside praying its funding be made first-line charge,
the report recommends the electoral umpire be restricted to its core duty:
organizing and supervising elections. Registration and supervision of political
parties should be left to a different commission.
To further liberalize the political space, the
Uwais report also lists a few other progressive ideas like stiffer penalty for
those convicted of electoral felonies, independent candidacy as well as
integrate the State Independent Electoral Commission into INEC for more
credibility. No less far-reaching is the other proposal seeking to shift the
burden of proof from petitioner to INEC to show that the exercise it conducted
was indeed free and fair and truly reflective of the electoral wish of the
people.
Not until all these brilliant ideas are synthesized
and framed into a coherent report could the Nnamani committee be said to have
indeed done a damn good job. 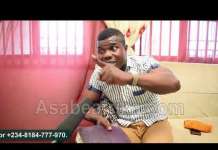 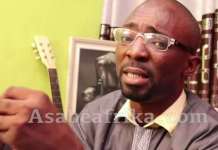 Gomina’s Ghost: A Case for Séance By Louis Odion, FNGE