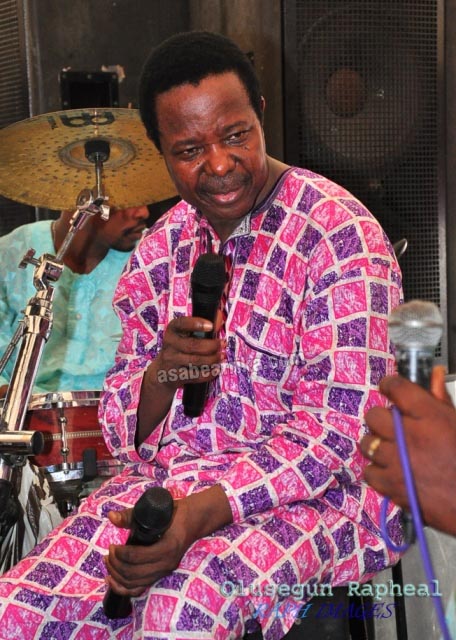 “It
is hard to believe but I don’t know how to chase women.  Honestly, I don’t know how to say to a girl
that I love her and I want her to be my lover.
I cannot remember ever saying those words. I am only lucky because
before I talk to a girl, she already knows what is on my mind. That makes it
easy for me because the only thing I cannot stand is rejection from a
girl.

I don’t even know what to say to a
girl I like apart from ‘good day’.  My
fear is for any girl to refuse my approach.
I can only remember writing a love letter once in my life. But I
received hundreds.  And the reason I
wrote that letter was because the girl was about to travel out of the country
with her family.  Poor me!  I did not receive any reply from her.

“I thought about
it.  For the past 35 years hardly has a
woman cooked for me.  And when you have
two, three wives, what’s the need if they don’t cook for you?  Did you marry them only to have
children?  It has gone wrong from the
beginning.  I cannot blame anybody.  I cannot blame any woman, any member of my
family or my in-laws”.

How I sleep with my
wives…
I
believe that if you are staying in the same building with me, you have your
entrance, I have my different entrance. You decorate your flat the way you
like.  I don’t care how you do it. If I
come to you, treat me as a loving husband and a father to your children and baba
of the house. So the whole day, if I like to stay with you, it’s nobody’s business.  If any of my wives wants to see me, she
doesn’t have to come.  She has to send
somebody to me.  I would go.  And in case something is wrong somewhere or
any of the children is ill, she can’t come and knock on my door, she has to
send somebody to me.  I will go and if
nobody is ill, I will tell her to her face that because she lied, I will not
come to her place next time.  So they
don’t lie.
I
feel that I am just lucky.  My wives have
lived with me in the same compound for over 20 to 30 years now.  They know how I behave. They know what I
want.  They know what I don’t want.  They have never made trouble with me.  And I do not bring up issues that will cause
two women to fight or treat one better than the other.
How my children
treats me…
The
angle that I prayed to God and He also answered me is the one regarding my
children.  All my children are united in
spite of coming from different women.
Disagreements, which are bound to happen among the women, do not affect
the children.  All my children like me
and they often pray for me.  They know
from the onset that I do not have a good marital life.  I have a lawyer as wife, a medical doctor and
an engineer.  But I tell you, it is no
pride to say that I have four or five wives.
At
a point, my children gathered together and said, “Dad, we think it is time for
you to live alone”.  That was the
surprise of my life.  I asked, “Are you speaking on behalf of other children?”  They said,
“Yes.  You have been living alone in
style.  So why can’t you live completely
alone in your home so that you can have your cook there as usual?”  I thought about it.  For the past 35 years hardly has a woman
cooked for me.  And when you have two,
three wives, what’s the need if they don’t cook for you?  Did you marry them only to have children?  It has gone wrong from the beginning.  I cannot blame anybody.  I cannot blame any woman, any member of my
family or my in-laws. They were there when I went with their children. Of all
my in-laws, none in the name of God, none up till now has even scolded me.  Instead, they would always advise me…
(Excerpts
from the book; KSA: My Life, My Music by
King Sunny Ade. Read ‘Why I married an Alhaja as a Christian’
tomorrow on this blog)

How to cook Grilled Chicken Salad

The KSA Memoir: Meet man who dashed me my 1st set...

How Egbeji Oloogun Predicted demise of fraudulent Naija Pastors on May...